Every year sees a new basket of puppies for the holiday season—on screen that is. Here are some of the latest releases bringing canines and Christmas together. (All blurbs are from Amazon.com.)

Up on the Wooftop (2015)
When Santa's dog Toby gets left behind at a home in suburban Iowa during a test sleigh flight before Christmas, he has to convince the Anderson family of his true identity so that they can help him find his way back to the North Pole before Christmas Eve!

A Dog for Christmas (2015)
The entire family stays at Dave and Sandy's home for the holidays. Kassandra wants a puppy for Christmas, but Mom and Dad aren't ready for that. Will Santa grant Kassandra's only wish for Christmas?

A Christmas Eve Miracle (2015)
Sharron Holden is a loving mother, a wife, and a workaholic. She’s on the verge of a huge promotion at work, but her husband, Dustin, feels as if she has given up on her family. To Sharron, work seems to always come first. Dustin decides that the family should take a vacation over Christmas.

Beverly Hills Christmas (2015)
With help from a guardian angel, a spoiled, rich, materialistic teenage girl learns that the best gift is assisting others and not in material possessions. It is never too late to appreciate the joy of family and friends, even when it takes an angel to lead the way!

And one more! A Dogwalker's Christmas Tale: 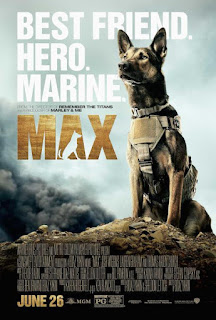 The tragedy of Max is that it could have, and should have, been a good movie. The dog, played by Carlos, Jagger, Pax, and others, is fantastic, as one would expect from canine actors of Birds and Animals Unlimited. The production values are high, the budget there. Even one really memorable moment when a boy and a dog who need each other suddenly realize that truth under the glow of fireworks.

But there is not much else positive to say about Max. The entire film is destroyed by the kind of not only amateurish, but actually embarrassing writing which hounds “dog movies”. When you’re sitting in the theater thinking of better, smarter, or more moving things for the characters to say as you watch, while they spout lines a third-grader might put into a “write a script for class” assignment, you know it’s a dog of a film. 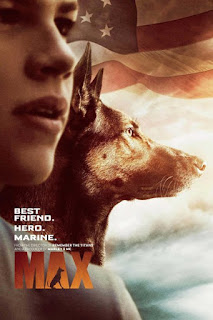 The acting is surprisingly bad at times, though that may also be a product of the material the poor actors had to work from. The story is ridiculously long-winded and meanders so far away from the core (a traumatized military dog returning to live with his dead handler’s family), it feels like the producer had two screenplays to produce, a limited budget, and decided to merge the films. One about a dog and a grieving family, one about gun smuggling and a bike squad of kids trying to stop them.

Ironically, it would have been easy to cut 20 or 30 minutes and greatly improve these issues. There are many set-up bits of information, relationships, and story which never pan out to anything and the whole film drags horribly. The heart and soul of the dog story gets so lost, there are non-dog movies out there in which the plot revolves more around the dog. Sightseers (2012) and Seven Psychopaths (2012) come to mind. 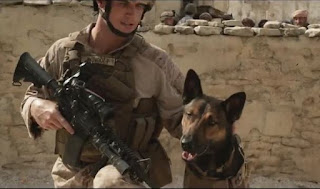 The film also struggles with audience. It was deliberately kept to a (quite violent) PG level. This was, perhaps, the death knell for an already bad movie. To experience a true sense of what the dog went through in war, then later conflict and danger elements with the family and gun traffickers, Max should have been PG-13. To clean up the subject matter, we are left with a storyline that is unsuitable for children, yet has nearly no appeal for adults. This has been classically done before with another dog film, Radio Flyer (1992)—a kids’ movie for grownups. At least Radio Flyer had a cinematic spark and heart at its core, plus great actors, which has kept it alive through the years.

If you love Belgian Malinois, or dog movies in general, it's worth seeing on the small screen (where you could fast forward through half of it). If not, give this dog an honorable discharge.

Lad: A Dog on DVD

It's finally happened! After 53 years, the Warner Archive Collection has released Lad: A Dog, one of the great canine classics of both page and screen, on DVD!

And check out some other Warner Archive Collection dog films brought out of the vault after many years of obscurity:

Formally as rare as Lad: A Dog, Goodbye, My Lady is another classic gem of canine films brought to DVD for the first time in 2010.

The Dogville shorts of the 1930s spoofed popular human films of the day with all-dog casts.
Posted by Reel Dogs at 10:13 PM No comments:

I've been seeing many Labrador Retrievers in movies lately, either in notable parts, or just passing through. Here are a few freeze frames from my most recent Labrador sightings! 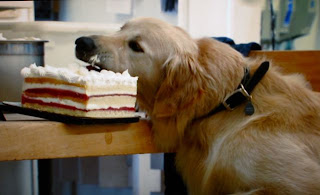 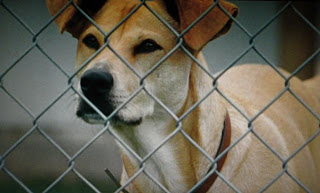 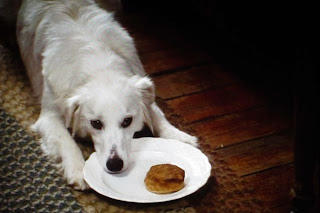 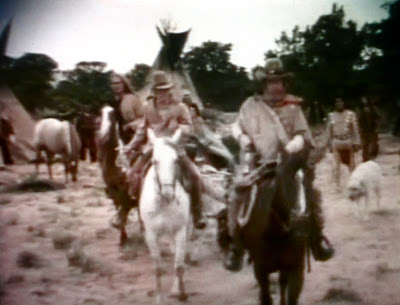 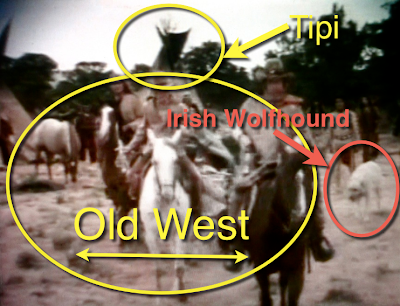 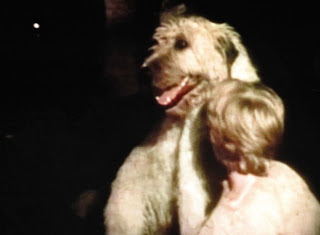 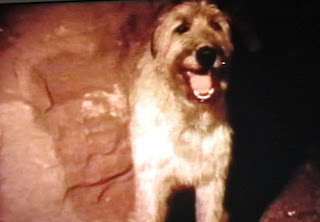 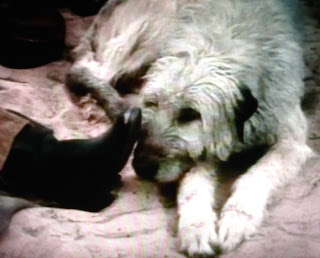