Until more recent years, many reel dogs were displayed on their film posters by talented painters rather than photographers and Photoshop artists. Here are some highlights of canine movie poster art from the 1970s. (Links to all these films on DVD below.) 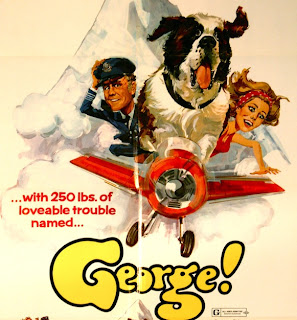 Before Cujo, before Beethoven, there was George! (1972). Artwork from the one-sheet poster. 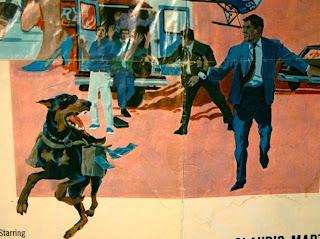 The Daring Dobermans (1973) pioneered a new and still seldom used concept: the movie canine anti-hero. It spawned a trilogy following the exploits of Doberman Pinscher crime-specialists and is finally available on DVD after many years of being very hard to find. 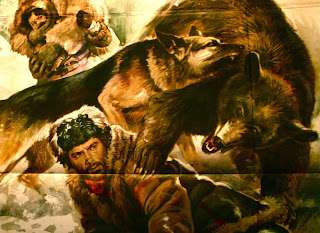 Artistic interpretation of canine stars in Euro-Westerns were typically melodramatic, as demonstrated on the Italian three-sheet for Zanna bianca alla riscossa a.k.a. White Fang to the Rescue (1974). 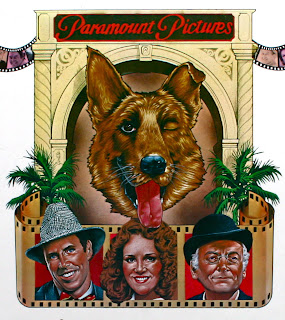 Won Ton Ton: The Dog Who Saved Hollywood (1976) was Paramount's spoof take on Rin-Tin-Tin's studio saving box office draw for Warner Bros. in the 1920s. Artwork from the half-sheet poster. 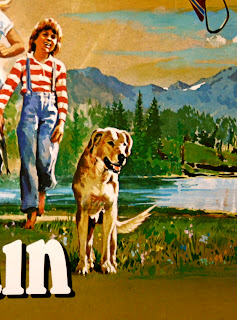 The family's Labrador Retriever stands ahead of his people on the Mountain Family Robinson (1979) poster. 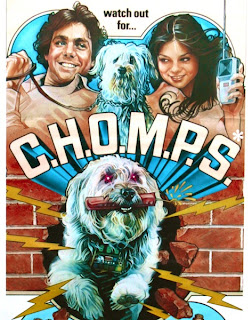 C.H.O.M.P.S. (1979) isn't about a real dog at all, but a robotic security system. On this insert poser, the robo-dog can be seen smashing through a brick wall with a lit stick of dynamite in its mouth.