The hero’s journey has been a major theme of Reel Dogs since 1943, when one of the most famed and beloved dog movies of all time was released, Lassie Come Home 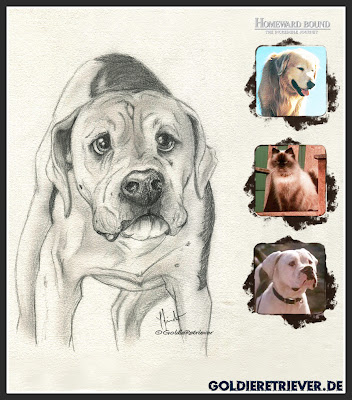 The modern classic of animal journey movies is Homeward Bound: The Incredible Journey 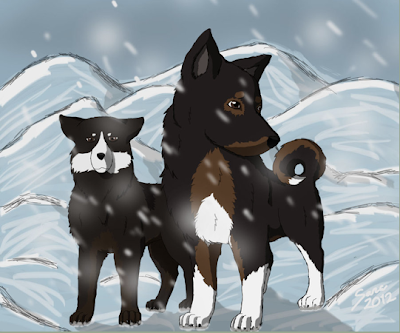 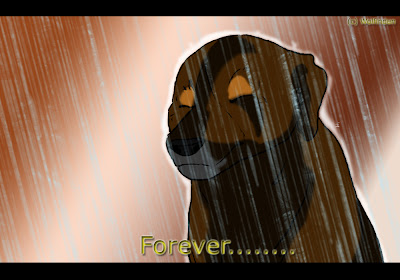 This Canada/UK coproduction is not truly a dog film, but worth a look by any Reel Dogs fans for the costarring mixed breed, "Marilyn," played by Charlie and trained by Sherry Davis.

Snow Cake is the story of a high-functioning autistic woman brought tragic news by a stranger who accidentally becomes a part of her life. A life previously shared closely only with her adult daughter and her dog.

Modern dog movies are generally associated with a young audience. Benji and Lassie are deliberately marketed toward children. Even when an adult story is adapted into a dog movie, it’s often kept to a PG rating—such as Marley & Me

Yet movie dogs can be so much more. From the silver screen Hollywood dog heroes like Luke, Strongheart, Rin-Tin-Tin, and Asta, to the animal horror trend of the 1970s and 1980s, to canine sidekicks in modern comedy and drama, Reel Dogs are truly for all ages and all audiences. 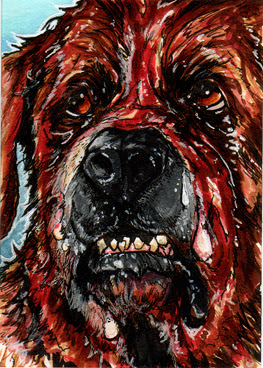 One of the most recognizable icons of the movie dog world for grown-ups is Cujo. This vivid portrait by Christopher-Manuel captures the lovable Saint Bernard turned killer who still chills audiences today. Based on the Stephen King novel, Cujo Some films keep their PG rating without ever really being child’s play: White Fang

(1991) is the Walt Disney adaptation of Jack London’s famed wolf-dog novel. This illustration by Inarah shows White Fang (played by the extraordinary Jed) in one of many fights throughout the movie that are brought about by human brutality. 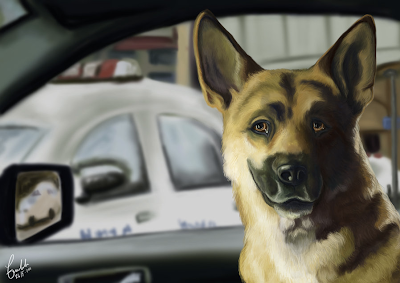 Recently, a German Shepherd Dog once more captured the hearts of adult movie goers in I Am Legend

(2007). Samantha (played by Abbey) is captured here by Emlis as "Sam" copilots for her best friend (Will Smith) in this post-apocalyptic drama.

These artists bring vividly to life the fact that dog movies take many forms and tell many stories. Dogs appear in every genre, from horror to sci-fi, and play every imaginable role—from background ambiance to killer to hero to talking alien from outer space. Like life itself, the movies just wouldn’t be the same without them.

The artwork above is published here by kind permission of the artists; Christopher-Manuel, Inarah, and Emlis of deviantART.

In honor of the Feast of Saint Patrick here are a few Irish dog films you might want to consider for your next Reel Dogs movie night:

An Irish co-production starring the world's most famous Rough Collie. Filmed mostly in Ireland, along with Scotland and the Isle of Man.

Three Belfast friends and a racing greyhound run into a series of comic and unsavory adventures in this Northern Ireland comedy. Available on PAL DVD.

This USA production was filmed mostly in Ireland and features four different greyhounds to play the part of "Iggy."

With Girlie the Greyhound as "Ishka."

Costarring handsome Border Collie, Murphy, who also appeared in The Last of the High Kings (1996), This Is My Father (1998), the mini-series Amongst Women (1998), and others.

Many of the canines seen in Irish films are provided by Mary Owens and Rita Moloney of Fircroft Dog Training.

Dog Nail Clipper tells the story of a British soldier who suffers a brain injury in World War Two and finds himself in the Finnish countryside looking for work. A friend tells him of the trouble he’s having with his dog’s overlong dewclaws and soon worries of the dog fill his mind as much as the war.

The film is available in the U.S. and Canada with English subtitles on a PAL format DVD.

Produced by Fennada-Filmi
Posted by Reel Dogs at 3:30 AM No comments:

For the next three Wednesdays, we’re exploring dog movies through art.

a.k.a. La Sortie des usines Lumière (1895). It wasn’t until ten years later that a dog starred in a his own short. Rescued by Rover

(1905) was a sensation in Great Britain and the idea of a dog playing a dramatic role in motion pictures was born.

Years later, movie dogs began appearing regularly in short films from New York, then Hollywood. Throughout the 1910s Hollywood dogs were mostly comedic players, from Keystone Teddy to Luke and Brownie. The legendary Charlie Chaplin was one of many stars to recognize the tremendous comic potential of dogs on screen. 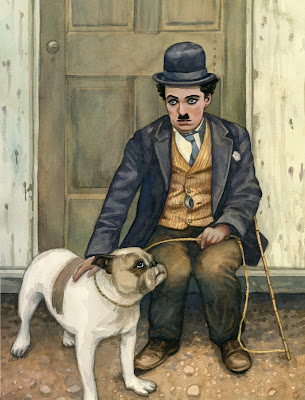 This piece from The Champion

(1915), by LaurasMuse, shows Chaplin with Bulldog sidekick in one of his early dog films. The Champion was later overshadowed by A Dog's Life

(1918) as a true dog centered comedy, juxtaposing a stray dog’s life with that of a human tramp. The Gold Rush 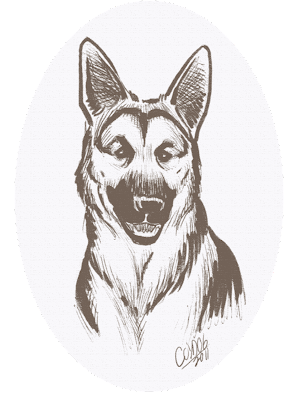 Strongheart was largely responsible for recasting Reel Dogs as dramatic players in the 1920s: heroes of the silver screen who rescued women and children, drove away bad guys, and were wrongly accused of something or other (often sheep killing) in every single film. This portrait sketch of Strongheart is by amberchrome. You can see Strongheart today in one surviving film from the era: The Return of Boston Blackie

After Strongheart and Rin-Tin-Tin paved the way for feature films wholly centered around canine characters, dog hero wannabes popped up in nearly every studio. Many did become well known and by the 1930s there were dozens of A- and B-list dog stars and their equally famed trainers. 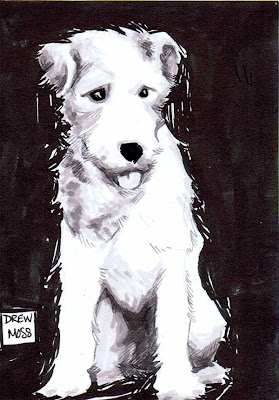 One of the top Hollywood canines of the 1930s was another comedic actor with an impeccable sense of timing and devilish twinkle in his eye: Skippy, a Wire Fox Terrier, was rechristened Asta after the famous character he played in the Thin Man

series. This striking sketch card portrait of Asta is by drewerd.

The artwork above is published here by kind permission of the artists; LaurasMuse, amberchrome, and drewerd of deviantART.

This short film stars Keystone's famous comedic actor, Teddy: a Great Dane. Fortunately for the survival of the film, Gloria Swanson costarred beside Teddy and Teddy at the Throttle can now be found on one of her silent film collections on DVD, along with A Hash House Fraud (1915) and The Danger Girl (1916).

This 1960 Soviet Union film, featuring a white German Spitz Mittel in a co-starring role, is based on a short story by Russian author Anton Pavlovich Chekhov, first published in 1899. Despite the title, the little dog plays a small role and is primarily used as a means to identify the woman he's with (Iya Savvina). (A feeling so many dog people can relate to today: we remember the name and appearance of the dog, but who is that person attached to the leash?) 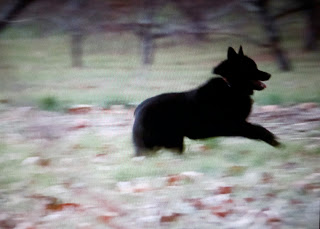 A Schipperke makes a break for it in Daniel and the Superdogs (2004). 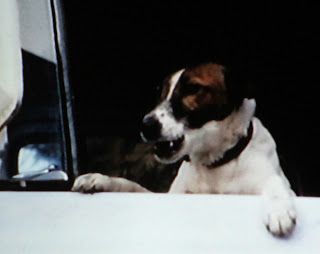 This Smooth Fox Terrier barks a challenge to Charlie, the Lonesome Cougar (1967).